The United States, the Netherlands and China are the three largest cashew import markets of Vietnam, accounting for 35.2%, 13% and 10.6% of total cashew export value respectively.

In the first 6 months of the year, Cambodia, Cote d’Ivoire, Gana and Tanzania are the four main cashew import markets for Vietnam. Cashew import value from Tanzania market increased sharply in the first 6 months of 2020 with an increase of 182 times. Meanwhile, the markets of Cambodia, Cote d’Ivoire and Gana showed a decrease in cashew exports to Vietnam with a decrease of 13.7%, 47% and 38.5% respectively.

According to the World Cashew Association, global raw cashew production in 2020 is forecast to decrease by 21 thousand tons compared to 2019 due to inefficient production in Africa and reduced productivity. The total supply of raw cashew nuts for 2020, including the amount of old inventories transferred and the new harvests decreased by 167 thousand tons compared to 2019. The situation of oversupply of raw cashew nuts has ceased from the beginning of 2020 when the inventories from the year 2019 has been used up. Currently, the shortage of raw cashew has pushed up the price of this product while the price of cashew kernel has decreased, making the processing of cashew become more difficult. Influenced by Covid-19, the import of raw cashew nuts from African countries became more difficult. Meanwhile, cashew transactions in the second quarter showed signs of slowing down. Many importers from the US and EU have proposed to postpone the delivery of WS and LP cashews due to high inventories. 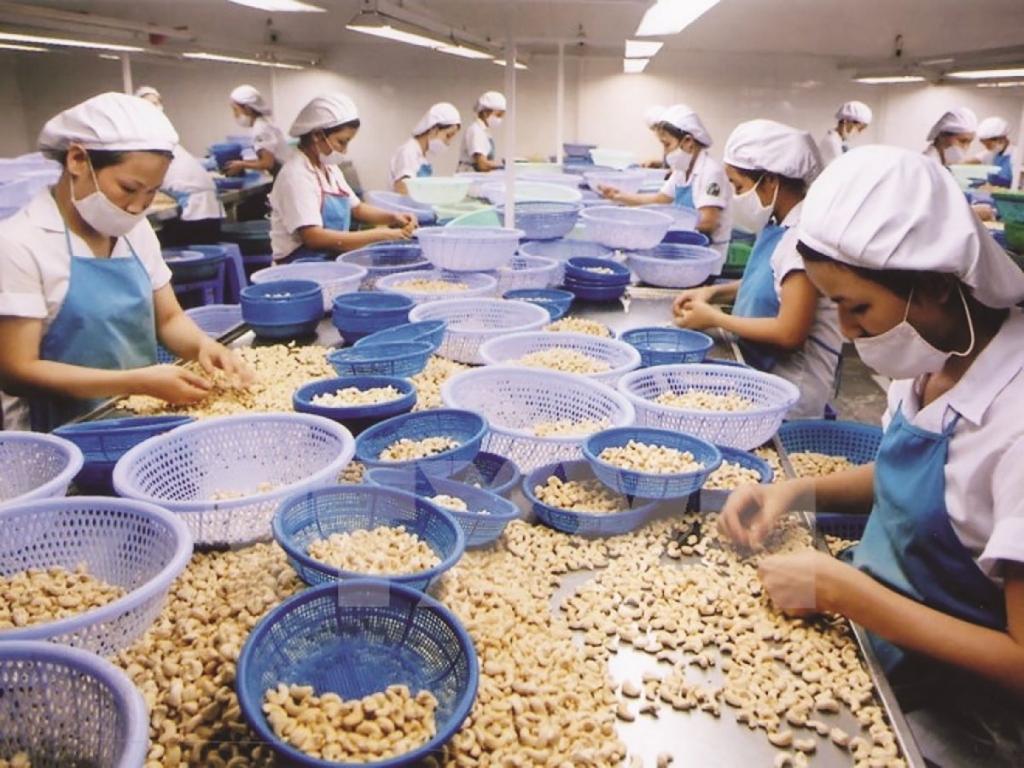